Below is an analysis of the Whistleblower’s complaint of August 12, 2019, written to the two Intelligence Committee Charimen; Senator Richard Burrr and U.S. House of Representatives Adam Schiff. The complaint addresses President Trump’s telephone call of July 25, 2019, with the newly elected President of Ukraine. Conservative Opinion is in depicted in red text.

In his preamble, the Whistleblower admitted, “I was not a direct witness” to the most of the events described”. He then proceeded to accuse Mr. Trump of 3 unlawful acts:

In Section I, he outlined the phone call contents citing “say-so” information putatively from inside sources,“White House officials”, with “direct knowledge of the call.”

Next, in Section II, he  again uses “say-so” sources to accuse President Trump of preventing access to records of oval office telephone calls. He writes: “I learned from “multiple U.S. officials that senior White House officials had intervened to “lock down” all records of the phone call”. Conservative Opinion: Could the “lock down” be a consequence of repeated leaks of oval office conversations during the first 2 years of President Trump’s presidency? This author’s opinion is that the additonal “lock down” is entirely appropriate and necessary for the President to conduct the nations’s business with Foreign leaders.

Next, in Section III, the whistleblower’s comments regarding U.S. Ambasador’s actions in Ukraine the day after the Presidential telephone call. His anti-Trump bias was revealed when he used “say-so” sources to intentionally insert the derogatory word, “demands”, into the Ambasador’s meeting with the Ukranian President. “Recounted to me by various U. S. officials”, that U.S. Ambassador’s, “reportedly provided advice to the Ukrainian leadership about how to “navigate” the “demands” that the President had made of Mr. Zelenskyy.” Conservative Opinion: If one reads President Trump’s telephone transcript of July 25, 2019, the text clearly reveals that President Trump didn’t “demand” anything of anybody!

Next, in Section IV, he compiled a self-serving 5 page rendition of events leading up to the July 25, 2019, telephone call. He again quoted “say-so” sources, “multiple U.S. officials told me”, and media reports. Events he included:  History of Ukranian corruption; Vice President Biden’s conflicted behavior regarding his son’s position on the Board of a Ukranian Energy Company; and Mr. Giulianai’s interceeding as President Trump’s lawyer.

Lastly, in an exhaustive footnote section, the whistleblower offers his sources to support accusations outlined in sections I-IV. It is a compilation of biased commentary spinning events into an unfavorable picture of President Trump. Items footnoted include: Commentary why oval office telephone conversations should “not” be classified; unfavorable notes of Mr. Giuliana’s activities on behalf of President Trump; summaries about rife corruption in Ukraine; and Attorney General Barr’s activities investigating the origins of the fabricated Russian dossier which initiated the Muller investigation.

Conservative Opinion: The Whistleblower is better termed a Whistlelistener because he used “say-so” sources to fabricate a webb of biased accusations about a telephone call between President Trump and the newly elected President of Ukraine. His complaint raises important questions about Oval Office that affects the lives of regular Americans. Who are the multiple “say-so” sources the whistlelistener cited? Are they the Oval Office conduit to the New York Times? These “say so” informants represent a 5th column cabal obstructing this President’s dialy work on behalf of the good people of the USA. The “say so’s” refuse to recognize President Trump’s 2016 election as legitimate and are attempting to disenfranchise Trump’s 2016 voters.

President Trump has been accused of abusing his office for personal gain by asking the newly elected Ukrainian President to look into a stalled anti-corruption investigation directed toward Hunter Biden. It is known that from 2014-2019 Hunter Biden somehow acquired a sweet-heart business deal as a member of the board of supervisor’s for a Ukrainian Energy Company, Burisma. He amassed a fortune with an income of at least $83,000/month, for dubious effort. At the same time, his father, Joe Biden, was Vice-President and President Obama’s envoy to spearhead U.S. support for the Ukrainian Government which was desperately fighting a nasty border war against Russian Partisans. The suggested conflict is that a sitting Vice-President of the U.S.A. while conducting official Government Policy somehow influenced a foreign government to create a sweetheart business position for his son’s personal gain. President Trump’s declassified telephone memorandum of July 25, 2019, on page 4, lines 6 through line 11 is quoted here in red text. President Trump to President Zelenskyy: “The other thing, There’s a lot of talk about Biden’s son, that Biden stopped the prosecutioin and a lot of people want to find out about that so whatever you can do with the Attorney General would be great. Biden went around bragging that he stopped the prosecution so if you can look into it... It sounds horrible to me.”

These are the words that Nancy Pelosi and six democratic committee chairpeople in the House of Representatives are suggesting are improper for a U.S. President to speak to another countries President. On the contrary, President Trump’s telephone communication and Nancy Pelosi’s response raise important questions that aren’t being asked by the broadcast media:

How can six democratic committee chairpeople from six democratic cities be considered a legitimate Impeachment Inquiry?  There is no participation by the remainder of the House of Representatives? Impeachment, requires participation by the entire House of Representatives which represent the remainder of the country. This inquiry represents an inverted metaphor: The six democratic committee chairpeople are the tail of the dog which is wagging the remainder of the country. Furthermore, the democratic committee chairpeople refuse to explore if Vice-President Biden influenced a foreign government to enrich his son and obstructed justice, self-evident by his public bragging about the prosecuter firing. Trump is right; Biden’s suspected obstruction of justice should be investigated by the Ukrainian Government or by the U.S. Government or both.

Yesterday was the birthday of one of my American heroes - Samuel Whittemore.

Never heard of Sam? Here is his story.

Samuel Whittemore was a crippled old man living in the town of Menotomy, Massachussets. Despite long service to the British King as a commander of Dragoons in the French and Indian wars, Sam was a staunch supporter of freedom. When Captain Samuel Whittemore got the alarm of 'The British Regulars are Out!' on April 19, 1775, he knew what he must do.

Sam originally came to America as a member of His Majesty’s Royal Regiment of Dragoons, the King’s shock troops of the day. At 50 years old, he charged into battle at the Siege of Louisbourg during King George’s war. Years later, when 64, he fought in his second war, the French and Indian War, again at a Siege of Louisbourg. After his 68th birthday, in his third war, Sam engaged in hand-to-hand combat for the King in Pontiac’s War, earning a pair of matched dueling pistols from, as Sam said, ‘an enemy who no longer needed them’.

Now, after making America his home, this experienced 80-year-old warrior gathered his musket, those two dueling pistols, and his old cavalry saber. He told his wife he was going to meet the Regulars and fight for liberty. Sam moved to a stone wall about 150 yards from where he knew the British would retreat to Boston. There Sam waited with the patience of old age and experience.

When the 47th Regiment of British Grenadiers came within range, Whittemore fired five shots with such speed and accuracy that the British assumed several Colonials were assaulting them. The British commander sent a large detachment to attack this threat.

As the Regulars charged, Samuel Whittemore killed one with his musket and two more with his flintlock pistols. He was reaching for his trusty old saber when a musket ball blasted his face.

The Regulars then fell upon the old man with their bayonets, stabbing him repeatedly until he stopped moving. They left Sam for dead and resumed their march back to Boston.

Friends found poor Samuel barely alive, bleeding from at least 13 wounds. They picked him up and carried him with great care to Doctor Cotton Tufts in Medford. Dr. Tufts looked at old Sam and shook his head with sorrow; "Your friend will not survive".

And, Sam did not survive. At least, not in the long run, for Sam Whittemore was a man not easily vanquished by Redcoat bayonets. He lived another 18 years.

Captain Samuel Whittemore became the oldest known colonial combatant in the war. Outside Arlington a monument reads: “Near this spot, Samuel Whittemore, then 80 years old, killed 3 British soldiers, April 19, 1775. He was shot, bayoneted, beaten, and left for dead, but recovered and lived to be 98 years of age”.

Sam is the official state hero of Massachusetts.

Sam Whittemore made his choice for American Liberty on April 19, 1775.

What does that have to do with us today?

What peaceful choices must we make to maintain our liberties? We have the power to contact our legislators, to write letters to the editor, to attend political meetings, to run for office, to speak with our neighbors, and to vote.

We conservatives must not be afraid of what repulsive names others may call us.

Be brave, and make your choice for liberty.

Here is an excerpt from a press release from the NC State Board of Elections:

This past weekend (June 7 - 8) over 1,300 Republican convention delegates met in Concord, North Carolina for our annual convention. As this was an odd-numbered year, one of the main business items was electing a new North Carolina party chair and vice chair.

Please congratulate Michael Whatley as our new Chair, and Miriam Chu elected as our new Vice Chair! We look forward to their leadership and to working with both of them for the next two years.

Voters in the 2020 elections will be required to provide identification for that election.

What kind of ID? What is acceptable or not acceptable as identification?

The North Carolina board of elections and the Chatham County board of elections are hosting a Voter ID Seminar on May 20 in Pittsboro. We encourage all interested voters to attend this seminar (note - this is a seminar, not a debate on the pros or cons of Voter ID, so please come and listen).

Here is a link to the seminar information.

Congratulations to Andy Wilkie who was approved on May 6 as a Chatham County Commissioner to replace Walter Petty. We look forward to Andy's service to the county on the Board. He will be sworn in at the May 20 commissioners meeting. 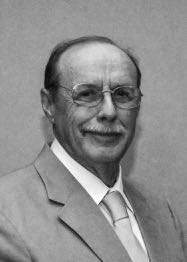 As you probably know by now, Commissioner Petty announced his resignation from the Chatham County Board of Commissioners effective the end of April 2019. The residents of District 5 along with the entire county will miss his calm and steady leadership.

Mr. Wilkie is a Chatham County native and a graduate of Chatham Central High School. He served six years as a paratrooper in the Army Reserves at Fort Bragg before earning a Social Science degree from Appalachian State University. After college graduation, Mr. Wilkie was a Head Start health coordinator for several counties in North Carolina.

While the owner and operator of a Sanford business for 34 years, he created Project Help, a non-profit serving the homeless in Sanford. In addition, to honor a classmate killed in war, Mr. Wilkie created a scholarship fund for high school seniors that continues to award funds annually to four Chatham Central graduates.

Welcome to the Chatham County Republican Party blog. This 'Chair's Corner' will host an ongoing discussion of thoughts about issues important to Chatham County, our State, and our Nation. I'll focus on getting our conservative message out in a timely manner. Facts are facts; when I have an opinion I will state it as such.

Thoughtful comments are welcome, but any that become vulgar, derogatory, or just nasty will be deleted and the poster will be banned from the website.