Since the 2014 election almost 90% of all items before the commissioners are on the consent agenda and are passed with no discussion or public input. So I figure when a topic does manage to be on the agenda for discussion, it must be really really important.

John Graybeal, Sonny Keisler, and other helpful citizens have been meeting to strategize on how to save the world from global warming. On September 21st they made a proposal to a receptive board of commissioners. Mr. Graybeal refers several times to the members of the new committee as "co-conspirators". I couldn't have used a better word. 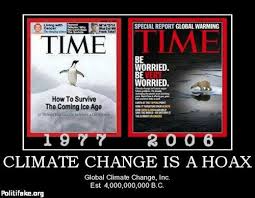 After Mr. Graybeal finished it was Sonny Keisler's turn to address the board. In his usual alarmist way, Keisler gave a diatribe on the evils of global warming. If Keisler is to be believed, by 2060 our temperature will increase by 4 degrees celcius leading to "a world convulsed by mass chaos and systems collapsing". Someone should tell Mr. Keisler that we already have mass chaos and collapsing systems in most of the world and it has nothing to do with global warming. It is, as they say settled science that there has been NONE, ZERO, NO, warming in over 18 years. But I digress.

One idea presented to slow global warming is to implement a no idle zone at schools. I'm sure parents

won't mind turning the ignition on and off every minute or so as they creep forward in the queue to pick up their children. A final idea that they have not yet presented but I'm sure will come up soon would be to drive all businesses out of the county and repel any that might consider moving here. Those that do still have jobs can take the low emission bus to Chapel Hill. 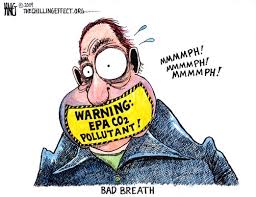 I'm holding my breath (so as not to release carbon dioxide) waiting for the final recommendations in March. Think how smallChatham's carbon footprint will be!

or
Please check your e-mail for a link to activate your account.